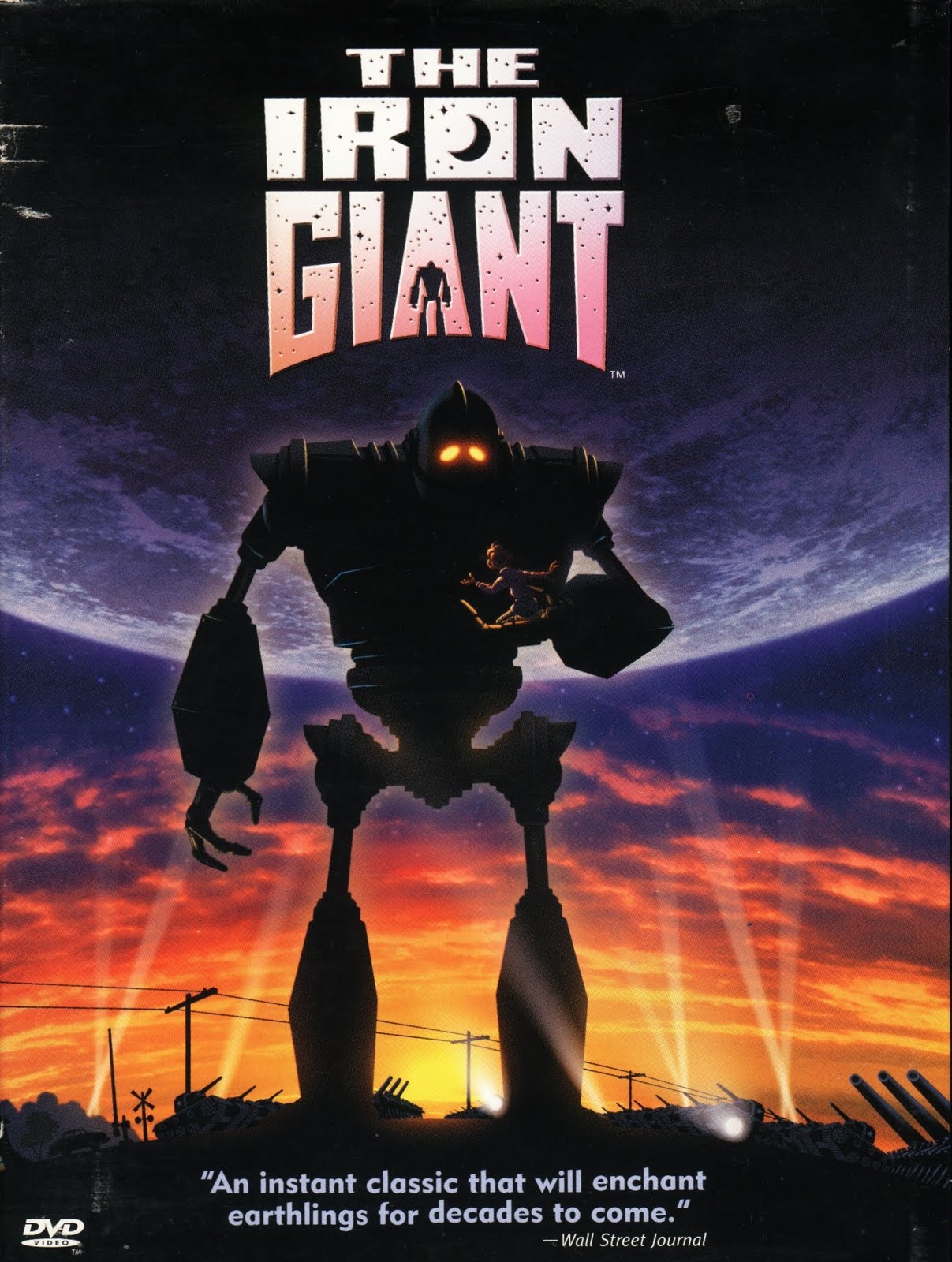 Recommendation time! Awww yay! It’s ‘The Iron Giant’, one of my favourite cartoons ever. How could it not be? This film is so warm and lovely. There’s no possible way you could hate this film, it’s not allowed. If you ever, ever, ever meet someone who tells you they do…

It tells the story of a giant metal robot who lands on earth with no knowledge of why or how he got there. He befriends a boy named Hogarth (no that’s not a typo) and together they become best friends. At the same time a clumsy but persistent government detective hunts them both, seeking to capture the giant himself.

It’s a very basic-sounding ‘E.T’ ripoff plot, I will grant you that. Still, I implore you to not let this golden nugget pass you by. It starts off ridiculously fluffy but by the end it’ll have you grabbing for the tissues. Along the way it teaches about the importance of choosing your own destiny in life and making the right decisions with what you have. It’s directed by Brad Bird who wrote ‘*batteries not included’ and directed ‘The Incredibles’, so you know it has to be amazing. The film even contains imagery that tells you flat-out how you should react when you watch it:

Don’t just watch this movie, show it to your kids. Pass it from generation to generation. 2D cell animation is as vibrant and inspiring to children as anything you can imagine. Don’t limit them to stupid “modern” shit like ‘Cars’.