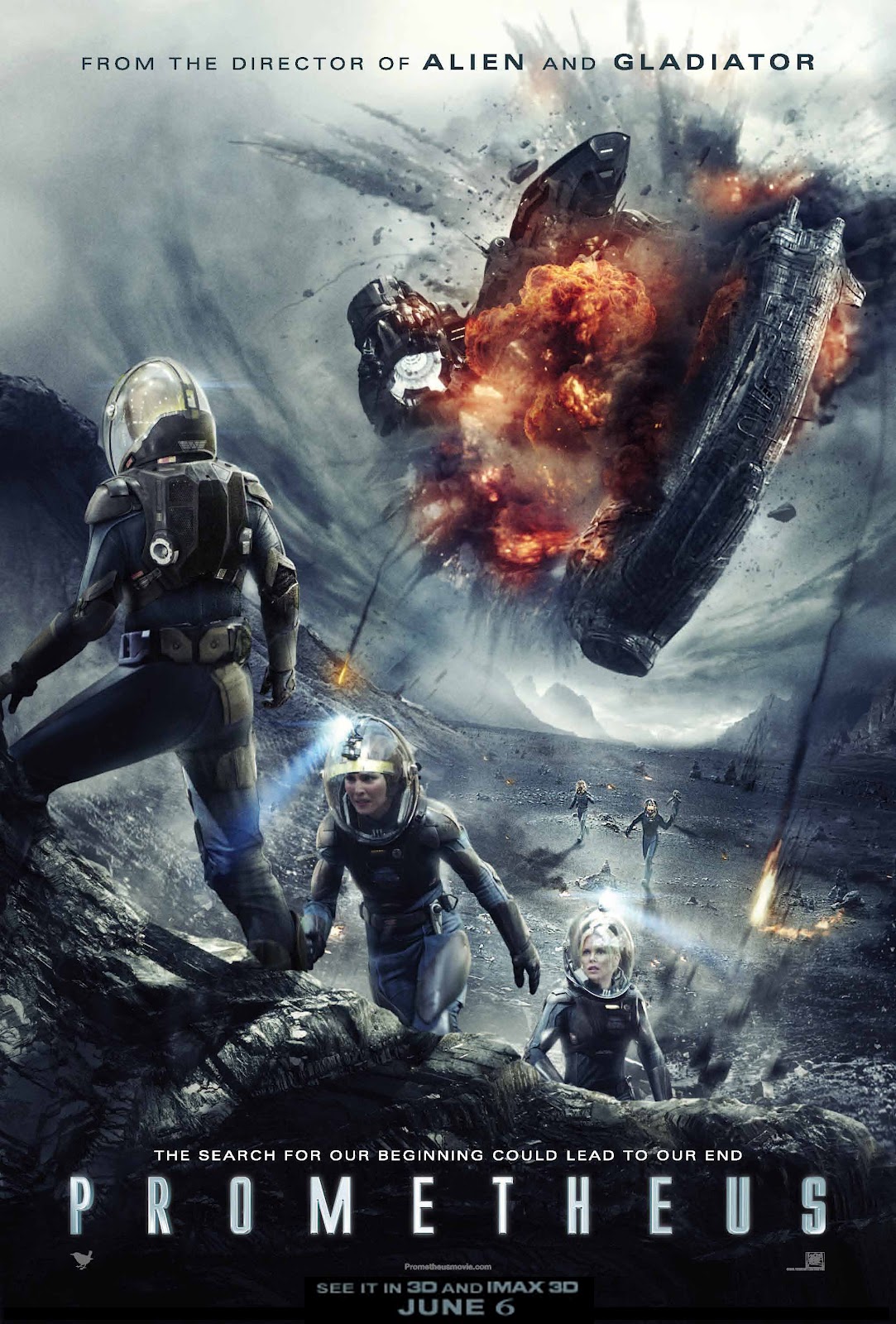 Yay! It’s been many years coming, but now Prometheus has finally landed. My excitement, as you may know, was already well documented here.

I’m not joking about the wait. This film was announced as early as 2009, just before I started University. Now I’ve graduated and there it was on Tuesday, in the theatre, ready for me to watch. So the obvious question is, “how was it?”.

Let me first start off by saying that this film has received a considerable amount of backlash. It’s been pretty astounding to see the amount of youtube reviews that popped up just days after its release, each one of them detailing the utter dismay of its uploader. Friends of mine have also described it as boring, plain, and disappointing. I don’t get it, cause I had one hell of a good time! If you’re not up to speed with the plot, allow me to fill you in:

“A team of explorers discover a clue to the origins of mankind on Earth, leading them on a journey to the darkest corners of the universe. There, they must fight a terrifying battle to save the future of the human race.”

Alright, I’ll start with the bad stuff just to get it out of the way. Bear in mind that I have to be vague so I don’t spoil everything. 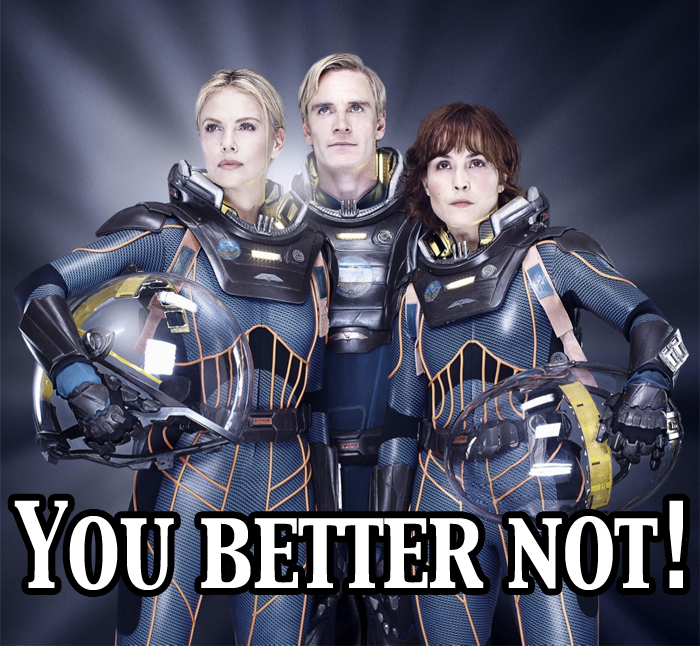 First off, it tries a bit too much. Not too hard, too much. I felt that there were too many characters brought in along the way. Many of them I just didn’t care about, and some of them only had three or four lines in total. I barely had time to question who they were before they met their inevitable mandatory doom. However, the main cast of characters are very well rounded. They each have distinct personalities that you get a handle on quickly.

Secondly, it’s a little bit too long. The plot essentially takes place in two different areas, and the characters just keep running back and forth between them. You start to get over it after the seventh or eights time that they decide they “need to move, now!”. Some pacing issues aswell, but they’re overlookable.

Ridley Scott is the sci-fi king. The man can do no wrong when he’s given a futuristic setting, gribbly creatures, and an expendable crew. The best part about the movie is that it has more than just spectacle. There are ideas and themes running throughout. At the very forefront is the idea of life. Life at its most benign, and its most malignant. The creation of life, both through laboratorial means and via a mothers womb, takes centre stage. We have to remember that the “chestburster” scene from the original Alien was both grotesquely analogous to pregnancy and at the same time a reflection on the internal biological dichotomy of cancer. Life gives, but it can also take. Babies often “kill” their mothers in childbirth. Cancer is not death, it’s unregulated life. In the case of the alien, it is simply an unwanted child, whose very existence threatens its own environment. These ideas come up again in Prometheus, except this time on a much grander scale. It poses one question out of several; as humans, are we benign or malignant? Are we ourselves a form of “planetary cancer”? Of course there’s no getting around the concept of religion, so it also plays a large role in the film. You’ll have to see for yourself how it ties into the plot…when you go see it…which you should. Seriously, I urge you to go see it. I know it’s not exactly doing poorly at  the moment, but just look how much the actors want your support: 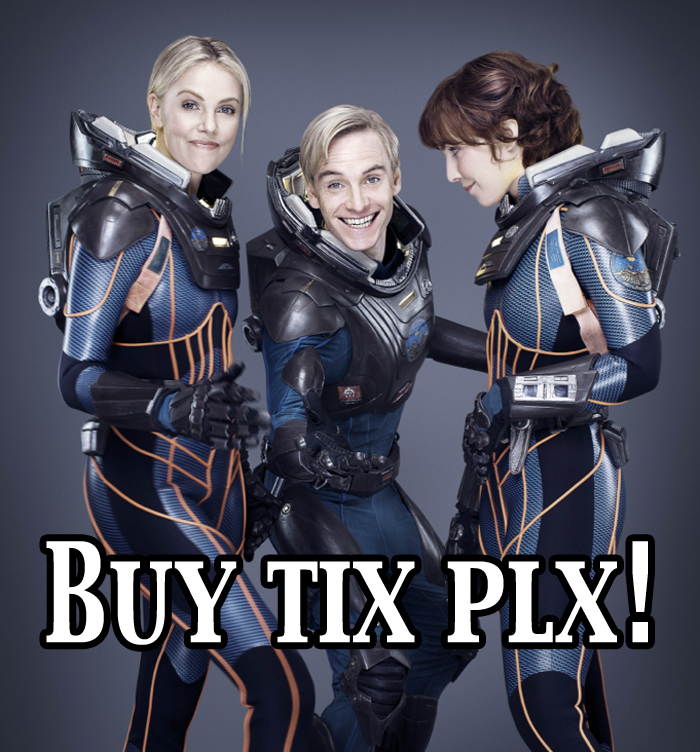 And then there’s the spectacle. Good grief what spectacle! The visual effects are top notch, and magnificently not all CGI. There is a decent amount of robotics and makeup in it, which brought me back to the good ol’ days of creature-feature sci-fi. The look, the speed, the power, the intensity, and the general sense of nihilism is just wonderful. Watching this film is as unsettling as it is entertaining. There are moments when you have to look away, and plenty more where you can’t. I have to stress that this film is not Alien. If you’re hoping for a slow burn with a lot of dread, you’re not gonna get it. This film is mountainous! It’s big in every sense of the word; big planets, big distances, big spaceships, and big monsters. There are a few musical cues that pay homage to Alien and the script tips its hat in recognition several times, but it’s a very different creature.

I don’t know that I can really go into much more detail, other than to just reiterate that I loved it. At a time in my life when certain people lack loyalty and basic human decency, it’s good to know that the world of quality cinema is still there for me. Thank you, Sir Ridley. Don’t go in, however, expecting a lot of answers. Instead walk in prepared to receive a lot of questions. As mentioned, there were a few issues, so it doesn’t get a perfect score by any means. But, it certainly gets a… 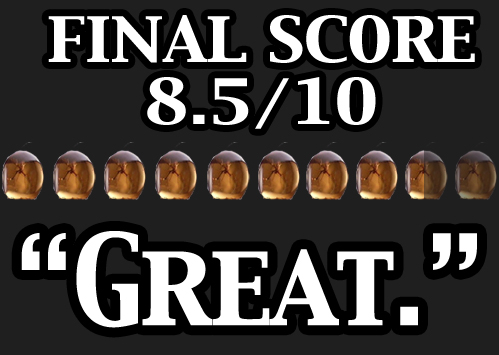 I forgot to mention how marvellous the musical score is, but instead of ranting on any longer – this is what I’m gonna do:

I really, really want people to go see this. So, to get you in the mood I want you to play the youtube clip below, close your eyes, and imagine yourself on a journey to the stars. A voyage into the fabric of space itself, toward the unknown, seeking cosmic answers. Don’t worry, it’s not too long. Enjoy.

One thought on “In the beginning…”