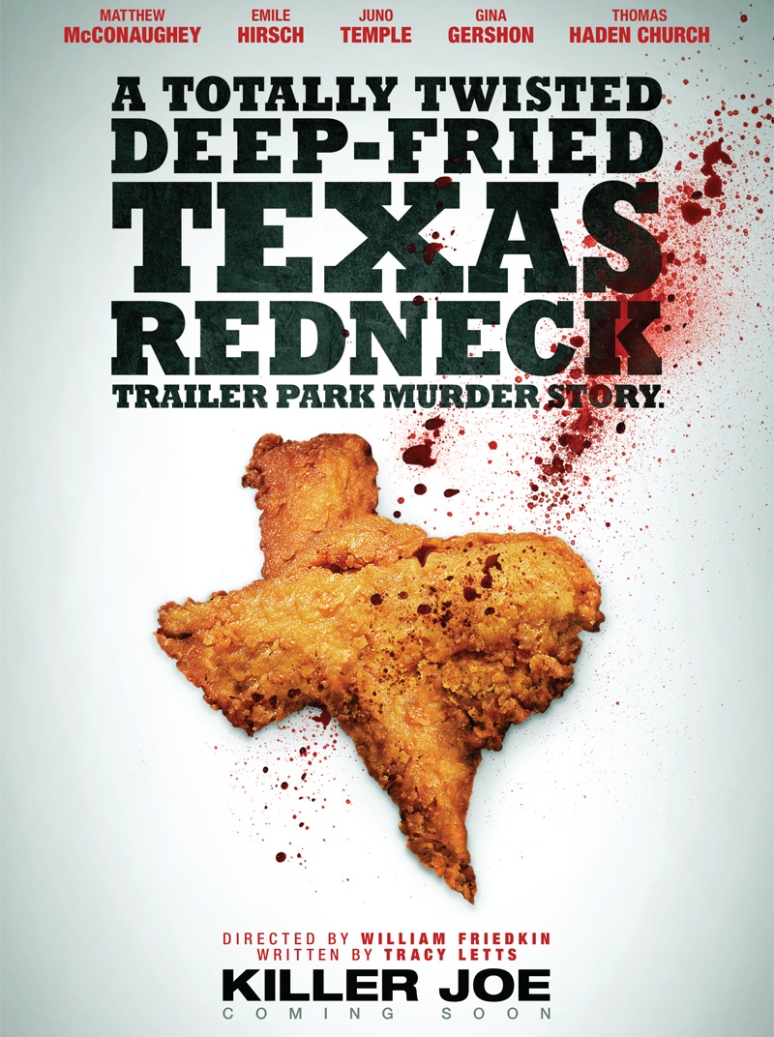 In fact, to be honest, there was one movie which I liked a little more than Skyfall and that was A Totally Deep-Fried Texas Redneck Trailer Park Murder Story. Oh wait, that’s just the tagline. So maybe the committee-to-decide-font-size made the wrong choice on the poster, but I can’t say that it’s innacurate. Killer Joe really does feature fast food, blood, murder, and trailer parks. Oh, and sex…lots and lots of inappropriate, awkward, and forceful sex. What genre is it? It’s a comedy!

Yes, a comedy, as in it’s meant to make you laugh. I know that seems unlikely, given what I’ve just described, but it’s a dark comedy in much the same way as American Psycho. If you can see the humour in it, then you’ll like it.

“When a debt puts a young man’s life in danger, he turns to putting a hit out on his evil mother in order to collect the insurance. Problem is, he doesn’t have enough money to pay the hitman either.

At a time of economic instability, when many people find themselves owing money to banks or insurance companies and some turn to paying one credit card off with another, many will be able to relate to the events that surround the main character in this film. We all know that feeling where you’re digging yourself into a deeper and deeper hole, eventually finding yourself unable to climb out. The difference is that here the events get so out of hand that the consequences reveal themselves in the form of murder, prostitution, molestation, theft, and torture.

First thing to say is that this movie is directed by William Friedkin, and thank goodness for that. I can’t imagine anyone else bringing this story to the screen in all its proper gut-punching glory. Friedkin can direct a ‘tense’ movie in his sleep. For goodness sake, the man made The Exorcist and The French Connection, he knows how to put the audience’s balls in a vice.

Now, I’ve always like Matthew. I understand that he’s done some truly horrific films, but every time he showed up in a profit-centered chick flick to flash his abs and pick up a cheque…I always reminded myself that this guy was at one point in movies like Amistad and Contact. There’s clearly more to him than pecks and soapy romantic sludge. If ever you need proof of that, you only have to go pick up a copy of… 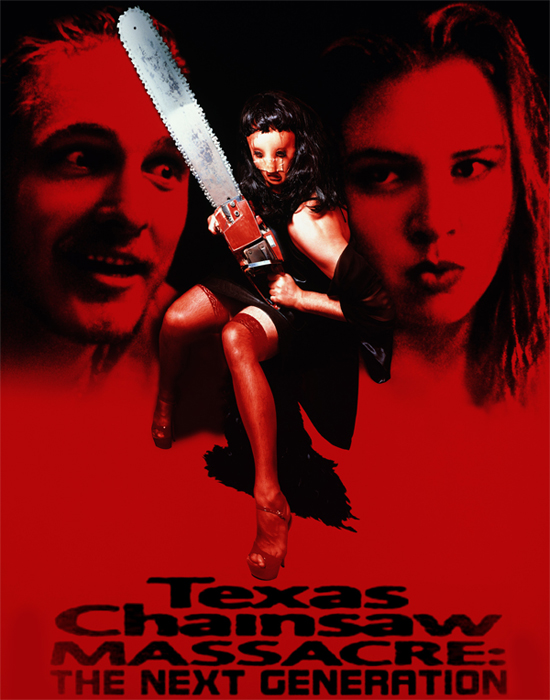 Yes, that’s right. Matthew McConaughey and Renee Zellwegger as Vilmer Slaughter and Jenny in Texas Chainsaw Massacre 4: The Next Generation. That…actually…happened…in the glorious year of 1994. Crappy budget, crappy story, crappy script, and wonderfully unchained acting. This is the Matthew McConaughey we get in Killer Joe; unrestrained, eccentric, and fiendishly seductive.

You tell me! Watch Texas Chainsaw Massacre 4: The Next Generation followed by Killer Joe and let me know if you think, as I do, that it’s the same performance. I honestly believe that without that original experience to draw from all those years ago, he wouldn’t be quite as good as he is in this…and he’s absolutely superb!

Now of course it’s an ensemble cast which also includes Emile Hirsch from Into the Wild, Juno Temple from The Dark Knight Rises, Thomas Haden Church from Sideways, and Gina Gershon from Bound. A great little cast, very carefully assorted. The film is based on a play by Tracy Letts, which I had not heard of before. Letts also wrote the play and screenplay for Friedkin’s last movie, Bug, which is a stunning piece of work about self-induced paranoia and seclusion. Killer Joe has much of the same stripped-down simplicity, but some far more extravagant twists.

I want to warn everyone who might be thinking about seeing this film:

It’s not a total torture “gore-gy”, and in fact features a fairly moderate amount of blood and death, but it’s very tough. The third act, in particular, will push a lot of your buttons. Please remember that this is from the same filmmaker who gave us the unforgettable image of a little girl stabbing a crucifix into her vagina and shouting “let Jesus fuck you!”. Its not for everyone, but just remember; if you can see the comedy in it – you’ll have a good time. I had a blast, and thought it ended at exactly the right moment. I recommend it for people who think they can see past the superficial violence and nudity, and comprehend what it’s really about. 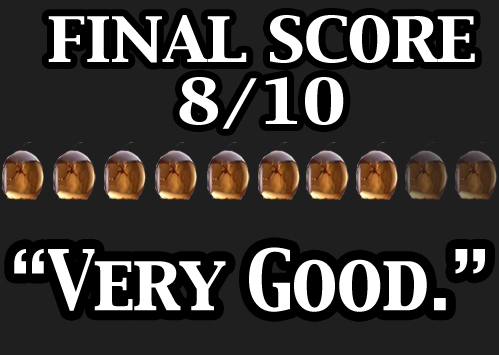 So now I’ve given my review, but I have to include a little “P.S.”.

I want to give a little additional rant about… 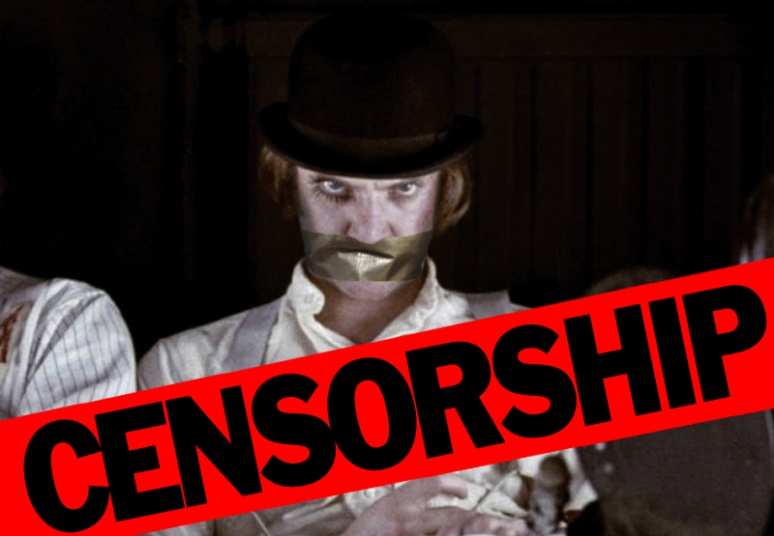 The reason I want to talk about censorship is because Killer Joe is rated NC-17. The MPAA put a lot of pressure on William Friedkin to cut the film in order to get an R rating. He refused, and the film has therefore faded largely into obscurity. There is one scene in particular which has offended a lot of people, including the MPAA, and that’s where I want to take issue with them.

Now, I cannot really reveal what the scene is because it’ll spoil it for you. The scene really only works if you don’t know it’s coming, so I’ll leave the surprise to you. What I will say is that it’s horribly gruesome, yet actually not graphic at all. There’s no nudity or physical torture, it’s entirely psychological; a scene of sadistic humiliation. Yet it invokes a very strong reaction from everyone who sees it, including me. I have to admit that I found it repulsive to watch, but I understood that that was the intention. The most amazing thing about it is that the MPAA is now in the business of censoring images which are distinctly not graphic, but instead symbolic.

I’ll further illustrate my point of frustration with this, but without giving away any spoilers, by digressing to a very similar event in a very different movie. I want to show you a clip from the movie Bruno because I think there’s actually a very intelligent point to be discerned from it. Here you go, watch it and I’ll explain more afterwards…

So besides the obvious joke at the expense of the psychic, which also exposes him as a fraud, this clip crystallises a very real problem with the attitude of censoring bodies.

The scene I just provided for you was almost cut out of Bruno entirely because the MPAA considered it to be too graphic. What? How is it graphic, exactly? This scene plays out entirely in the world of suggestion. Sure, it’s very clear to both you and I what was implied…but if you think about it that’s our fault, not Sacha’s. We are the ones making the mental connection between Sacha’s actions and fellatio. If we didn’t have such dirty minds then we might just as easily have imagined that he was eating an icecream. I want to be very clear about what the MPAA was attempting to do in this instance: to censor your imagination. Just think about that for a bit. This scene isn’t putting anything new into your mind, it’s simply playing off what’s already there. If you get the joke…you’re already corrupted. Let’s all admit that we’ve been sick little bastards from a very early age, and stop blaming externalities like movies for our own jellied morals.

Think about that, too, when you watch Killer Joe. The scene I referred to earlier plays out in a somewhat similar fashion and the “graphic” nature of it is brought to the table by you and you alone. You make the scene as tough and unbearable as you want to.